The volatility of the Cryptocurrency market makes one expect anything. Countless of incident that may look irrigational all things being equal has taken place in the crypto market without gaping anyone as the sphere gives room for the growth of any coin in the table irrespective of its position. The skydiving nature of the market as at the last 24 hours did not affect Augur (REP) and Decred (DCR) The two coins have been doing fantastic in the market, with many observers pointing that they are almost not praised by the cryptocurrency community.

Augur in the market

Decree In The Market

Bitcoin might be the chiefest of the digital coins within the cryptospace at the time, but Augur is the altcoin with the flashlight to the future. Although it does not rank among the first twenty notable crypto coins, Augur has proven to be the most resourceful in projecting into the future while at the same time providing solutions to financial qualms.

Augur is the first major DAPP (Decentralized Application) built upon the Ethereum block-chain. It belongs to the prediction market, which is the exchange-traded market designed for foretelling the outcome of events. Jack Peterson and Joey Krug created this platform in 2014.

How does Augur work?

The Augur platform allows for people to make predictions about world events after which they get tradable tokens called REPUTATION. When people make transactions based on the prediction of REP holders and win, the REP holders are awarded with a part of the winnings.

Of course, to reduce the risk level for traders, the Augur network algorithm sees to scoring truths and penalizing falsities. The inputs of those who have, as a result of consecutive accurate predictions, acquired many tokens, get to earn the trust of the prediction market. Meanwhile, REP holders who give false predictions lose their reputation tokens and earn nothing monetarily. Generally, REP holders are referred to as Reporters.

The cryptocurrency has managed to proffer long-lasting solution to blockchain governance through its consensus voting model which gives room to stakeholders to achieve seamless transition from one set of rules to another.

“Decentralized decision-making and self-funding have enabled us to build a robust, evolving digital currency, free from third party influence,” the team behind the project has said.

The cryptocurrency gives room for individuals, group, and companies who participate in Decred’s decision-making are rewarded for their efforts.

While no one knows the future, and the market remains a flexible one, the present market, in a big way speaks much about the two altcoins and their potential for greatness, making their future a bright one. 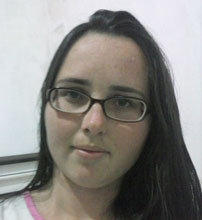