Speculation of India banning crypto, set to rest as the country levies taxes on the market.

In his February 1st budget speech, India’s Finance Minister Nirmala Sitharaman announced taxes for digital assets, as he declared 30% tax on all the income from crypto transactions. Thankfully, the country has finally taken the first step to regulate crypto.

The statement noted while the recipient will be taxed for the digital gifts, any gains could not be set off against the losses. Which means that the income will be taxed as it is earned not the net of profits and losses.

As Bloomberg reported, the Finance Minister Nirmala Sitharaman, stated that crypto adoption has now become imperative as the market could not be ignored anymore. Sitharaman said:

“There’s been a phenomenal increase in transactions in virtual digital assets. The magnitude and frequency of these transactions have made it imperative to provide for a specific tax regime.”

Now, though the 30% tax rate might seem a bit too high, it is indeed a blessing in disguise as the imposition of tax confirms that crypto is not getting banned in India anytime soon. Before, there have been Speculations in the market of India imposing China-style on all crypto in the country. Importantly, speculations were actually kindled by some of the state government’s actions. Like even once the proposal of prohibition of private cryptos and a term of 10 years in jail for accepting any digital asset as a payment tool was discussed. With this recent development the speculations are officially put to rest.

Moreover, the crypto community in India is also welcoming the proposal rather positively as the founder and CEO of India’s largest crypto exchange, WazirX(WRX), Nischal Shetty noted that the proposal is a massive step towards regulating crypto in the country. 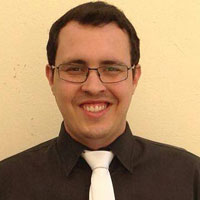