VeChain (VEN) offers a blockchain platform that all industries and enterprises in the economy can use to enhance solving their problems. The decentralized network of VeChain allows users to build decentralized applications (dApps) and project and information management platforms to solve their various problems. VeChain Foundation, the parent company to VEN coin, was established in July 2017 and shortly released the initial public sale of the token. In its short 7 month life, the company has been able to make significant partnerships as the coin aims apotheosis.

Recently, news spread amongst community members stating that the Mainnet would be released on July 31st 2018. This news would offer a huge boost to the coins development roadmap accomplishments. However, the comments were later dismissed VeChain (VEN) Reddit page. The rebranding is set to take place later this month on 26th February 2018. The ERC20 token is still based on the Ethereum network with the coin expected to be released through VeChain Mainnet later this year. This means the coin will establish its own blockchain, which will be a fork from the Ethereum main blockchain.

How does it work?

The network creates a business ecosystem among manufacturers, retailers, distributors and customers. The platform is built to serve any industry willing to adopt the technology. VeChain will enable direct payment within the ecosystem through decentralized payment channels and find solutions to problems in these industries using the blockchain. One such example is VeChain’s partner Direct Imported Goods (DIG), a Chinese wine company that adopted the technology late last year in November. Any product on the VeChain has a code that is stored safely on the blockchain.  The product is then pasted with a QR code or NFC chip that has all the information of the product. By scanning the code, every detail recorded on the blockchain will be displayed to the user. This allows everybody within the business cycle to be able to obtain the information of the product whether it’s a distribution or retail partner or a consumer who wants to know more about the product.

This technology narrows the informational gap between the suppliers and retailers as well as the consumers of these goods. The reduction in cost of operating the decentralized system ensures the platform competes with current platforms by offering very low transaction rates.  The storing of a permanent, public and open ledger through the VeChain blockchain ensures copyright laws are protected and transactions are transparent and safe.

The Singapore based token is based on the Proof-of-Stake (PoS) mining algorithm as opposed to the Proof-of-work algorithm preferred to Bitcoin and Ethereum and other larger cap coins. The platform rewards holders of the coin a stake for keeping the coin. Proof of stake works to achieve a consensus on the mining the next block amongst the community, albeit in a decentralized system. Once the consensus is reached, delegates mine the coin and rewards are shared between the community members.

Since the coins are not mined directly, how can you own VEN coin if you are not a delegate? The easiest way is to trade other cryptocurrencies for VEN on trusted cryptocurrency exchanges. The coin is traded using for major currency pairs; Bitcoin (BTC), Ethereum (ETH), Tether (USDT) and Binance Coin (BNB). Binance boasts of the token’s daily largest volume with 73% of all VEN trades. Other exchanges trading the coin include Huobi Pro, LBanks and HitBTC.

VeChain Foundaton consists of over 60 team member ranging from various fields such as IT, Software development, business and marketing. The project leader and founder of VeChain (VEN), Sunny Lu is a trained Electronics and Communication Engineer and has worked in various Fortune 500 companies sush as LV China. He is well versed in the field of business related technologies which led him to the start of VeChain (VEN).

This January, the coins price soared to $9.2, an all-time high according to Coinmarketcap. This came just hours after the company announced its partnership with PricewaterhouseCoopers (PwC). VeChain Foundation announced its exclusive strategic partnership agreement with the Chinese National Research Consulting Center, NRCC. The first assignment is to develop systems to solve the monopoly regime in China’s Tobacco Industry. This partnership between company and VeChain is special given the tough statements on regulation of cryptocurrencies by the Chinese government.

The coin has however suffered a rough start to February dropping to a low of $2.96, the lowest the coin has been in 2018. A final green light in the crypto area pushed the coin to finally touch the $5-mark this week offering a great relief to its holders. This recent bounce back has been aided by the increasing number of partnerships that the company is announcing. This 20% growth in Vechain (VEN) price week-on-week was the largest of any coin in the top 10 this week. 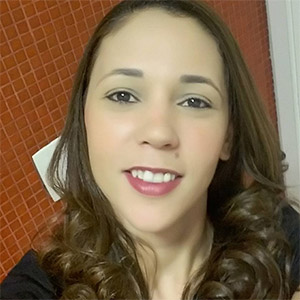